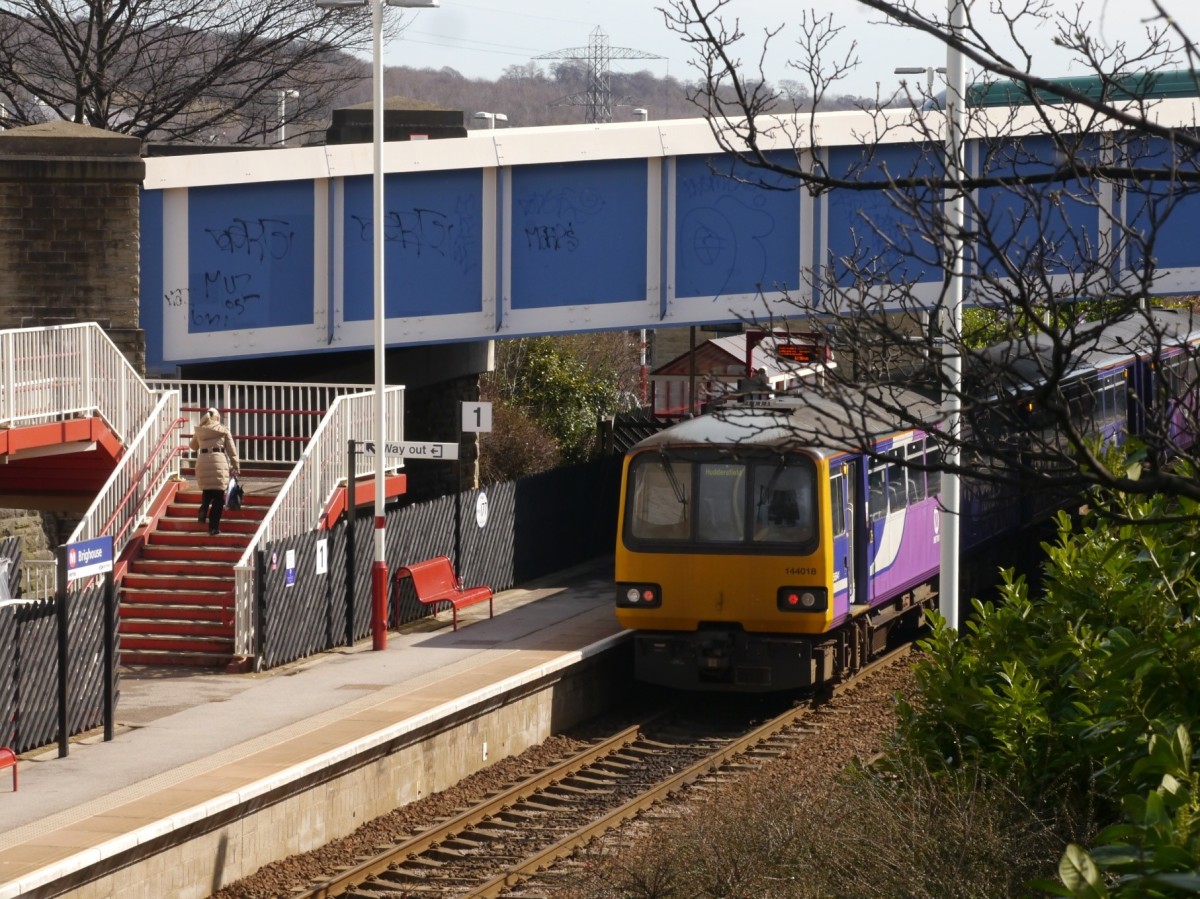 The new franchise under Arriva promises a quiet revolution on stations across the North with a return of human railway resources to halts that have been unstaffed for years. Many stations will be branded “Northern Connect” after the new network of express trains serving them. Northern Connect stations should have staff presence from 06.00 till 22.00 every day, plus catering facilities and that 21st Century necessity free wi-fi. It has been pointed out by at least one HADRAG member that “catering facilities” could in some cases just mean a vending machine – cynical or what?

Four Calderdale stations will be Northern Connect. Three of them already have catering. Halifax already has its “Cafexpress” café-shop, Hebden Bridge its “Coffee Station” and Sowerby Bridge of course the justly famous Jubilee Refreshment Rooms. Todmorden did have a vending machine for a time.

Staffing until 2200 will mean extended hours for all of these stations compared with what they have now. Of the four designated stations only Sowerby Bridge does not already have a booking office but its platforms are usually staffed at peak times by the now familiar revenue protection staff in their hi-viz jackets. Indeed we wonder whether the new staffing will be not so much people sitting in offices as roaming the platforms giving help and advice as well as selling tickets. We are also likely to see a lot more ticket vending machines (TVMs) and maybe “virtual ticket offices” a bit like the “smart wall” recently installed on the concourse at Harrogate.

Brighouse and Mytholmroyd will not be Northern Connect Stations, even though it seems from what we can deduce about service patterns that Mytholmroyd at least will have some Northern Connect services. Both will, however, have rail staff around for part of the day. We shall see whether they also get TVMs. The question arises what form of accommodation will be provided for staff. A traditional booking office may be inappropriate where stations have several entrances and platforms are connected by indirect pedestrian routes using nearby roads. Again there seems to be a logic favouring roaming staff – but they still need a base, shelter and restroom. One “size” is unlikely to fit all. At Sowerby Bridge, could railway staff make use of the Jubilee’s excellent refreshment and restroom facilities?

Sowerby Bridge is complicated by having two entrances, though in a different way to Mytholmroyd. Neither station has a single convenient place for a ticket office. Brighouse has four entrances. But it does have the wonderful Station Café, not quite on the station but just a minute round the corner in Gooder Lane, and already in a positive relationship with that other Arriva brand, Grand Central.

The lack of direct pedestrian links across the line also arises with the new car park at Mytholmroyd, which is planned and hopefully should be ready in 2017. Returning commuters from Leeds who have parked next to the eastbound platform will have a long walk round in the evening back to their cars – they already do but it will be even further! Locations like Hebden Bridge, Sowerby Bridge and even Halifax will always be more physically convenient for park and ride – but their car parks are often full!

The big new car park at Mytholmroyd may make more people ask whether their station should actually be served by more trains. That will not be easy to achieve given the need to strike a balance between serving the village community and providing a attractively frequent and fast inter-urban service.

Back in the physical here and now (rather than the speculative future) a recent innovation at Halifax aims to improve safety for ever-increasing crowds. Signs have gone up exhorting people to keep left on the stairway between footbridge and platforms which should mean less bumping into each other. It’s still easy to not notice and go the wrong way if you are running for a train of course. A central handrail might be a further help.

We continue to ask for progress on HADRAG’s oft-repeated suggestion to reduce crowding on the narrowest part of the platform near the automatic sliding doors. Polite signs and yellow hatching on the floor would encourage passengers to move along, improving safety, aiding door operation and promoting faster boarding and alighting when the train comes in.