HADRAG is an organisation of rail users, actual and would-be. Membership (form here) is open to all who share our broad aims. We are centred on the “Copley Triangle” – the network of rail routes linking Halifax, Elland, Brighouse and Sowerby Bridge in Calderdale, West Yorkshire. But we don’t impose any geographical restricts on people who want to join us, and have members in places as distant as Littleborough, Harrogate and Slough!

We seek improvement of train services and stations on the Calder Valley Line stretching across the Pennines from Manchester and Blackpool through Halifax and Brighouse via both Bradford and via Brighouse/Dewsbury to Leeds and York. Back in history, we are the group that campaigned for reopening of the Elland-Brighouse Line, a campaign that started in 1985 and saw success in 2000 wh

en Brighouse station reopened along with the “mothballed” curves between Halifax and Huddersfield.

Continuing development of the Brighouse rail corridor is very much a key focus – both the Bradford-Halifax-Brighouse-Huddersfield line and the Manchester-Rochdale-Brighouse-Leeds “valley bottom” service, as well getting the station open at Elland with a decent service. We never stop telling people that a fast train from Brighouse (instead of the current stopper) could do the journey in 20 minutes or less, and we support the campaign of our neighbours up the valley for direct trains from upper Calderdale stations to Huddersfield.

We are engaging with the train operator

about their plans for future timetables, And with the government about the need for rail electrification.

Electrification our own route from Leeds both via Bradford and via Brighouse not just to Manchester but also to Preston was the top-ranked scheme of the Northern Electrification Task Force final report in March 2015. It is clear that we still need to campaign to make that happen.

We are not a “Disgruntled, North Grimup” whingers group! We support positive initiatives of the rail operators and transport planners.

Our aims and objectives are about making better use of the rail network and improving train and station facilities in the interests of the community, the economy and the environment. The environmental dimension is important for us. We want to promote… 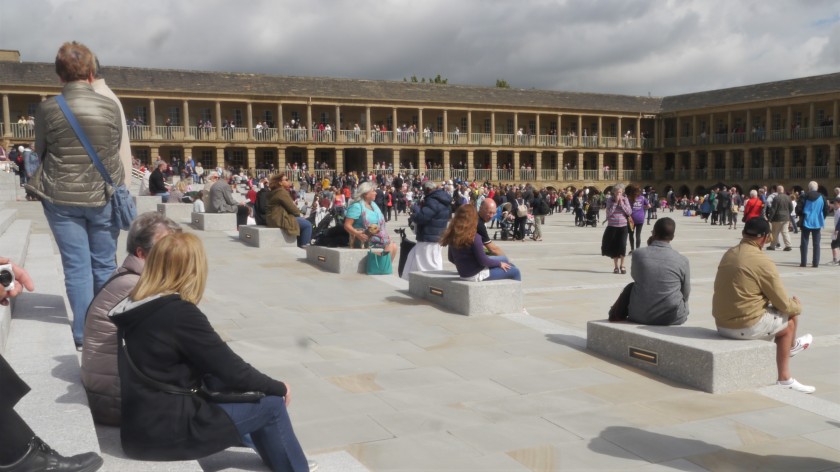 improved rail travel as a sustainable alternative to increasingly congested roads. We care about the damage done by noise and air pollution and we want to see transport policies that combat climate change. That means we want to see a move away for dirty diesels to electrified railways that are clean, efficient, cost-effective and potentially zero-carbon.

We also say that travel is not just about commuting, work or getting between the big towns and cities as fast as possible. Our train services have to connect communities

Whether you travel for work, leisure, culture, visiting friends and family… or just to admire the view, getting involved with your local rail users’ group could be a way getting your views heard on how the service could be improved.

Membership of HADRAG is on the basis of an annual subscription fee based on the calendar year (Jan-Dec). New members joining in the final quarter of the year are deemed paid up to the end of the following year. Current annual membership rates are just £4 (standard), £2 (student/retired/unemployed/unwaged), or £5 (“family” – 2 or more members at same address receiving single mailings). If you would like to join us, please download a membership form here: MEMB FORM Autumn 2017 . If you have a cheque account please print off the form, complete and return it with payment to the Membership Secretary at the address shown. Alternatively if you have on-line banking the form contains details for you to pay by bank transfer. Or you can pay in cash at a HADRAG committee or general meeting. Meeting dates and times should appear on this website!

HADRAG has an Annual General Meeting, normally held on a Saturday in May. Between AGMs the group is run by an elected committe that meets bimonthly. Committee meetings are open to all members.