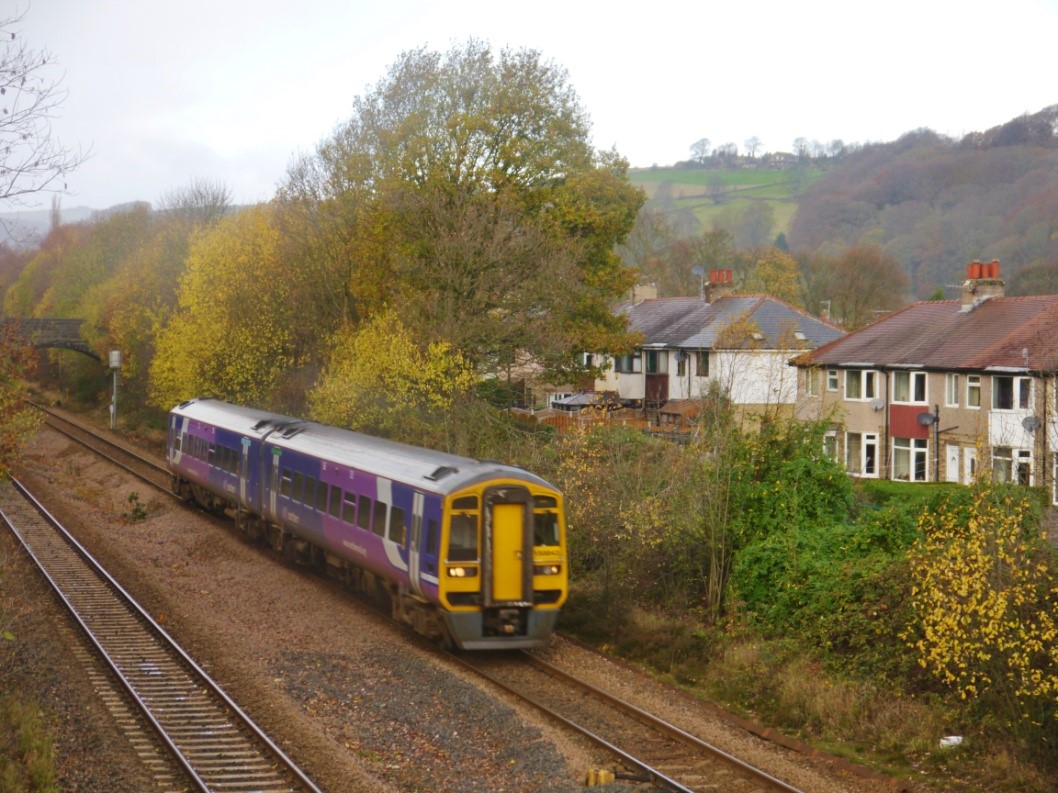 The next November 2015 downpour is about to start as the Manchester-Leeds train heads towards Mytholmroyd. Recent weather, rail conditions, floods and landslips played havoc with our service recently, not helped by a timetable that is barely fit for purpose. Our trains have miniscule turn-round times at Manchester and Leeds so if a train is delayed going one way it has little chance of setting off back on time. Arriva say they have tough targets and will design a robust timetable. But not even German efficiency can instantly improve the British weather in a grimly changing climate.

Our line needs infrastructure upgrades to cope with more trains including freight. The scene in the picture was once four-track, a place where fast trains could pass slower ones. Before restoration of loops is even considered Network Rail has to complete linespeed and capacity improvements all the way from Manchester to Bradford. These improvements are needed to support the faster and more frequent service planned by 2019. The DfT has promised us that work will start on the ground in January 2016. But this is the “west” work around Rochdale. The Hendy Review of Network Rail projects is now out, but it is still unclear whether Hebden Bridge-Bradford capacity and linespeed, and capacity improvements at Bradford will be sorted by the end of “CP5”, the 2014-19 control period. It is also rumoured that construction of extra through platforms at Manchester Piccadilly – on the route to be used by our Manchester Airport services – will be delayed into CP6 (2019-24).

The works at our end of the CVL are vital if the franchise is to deliver what is promised. We hope to have a further update in our next newsletter.