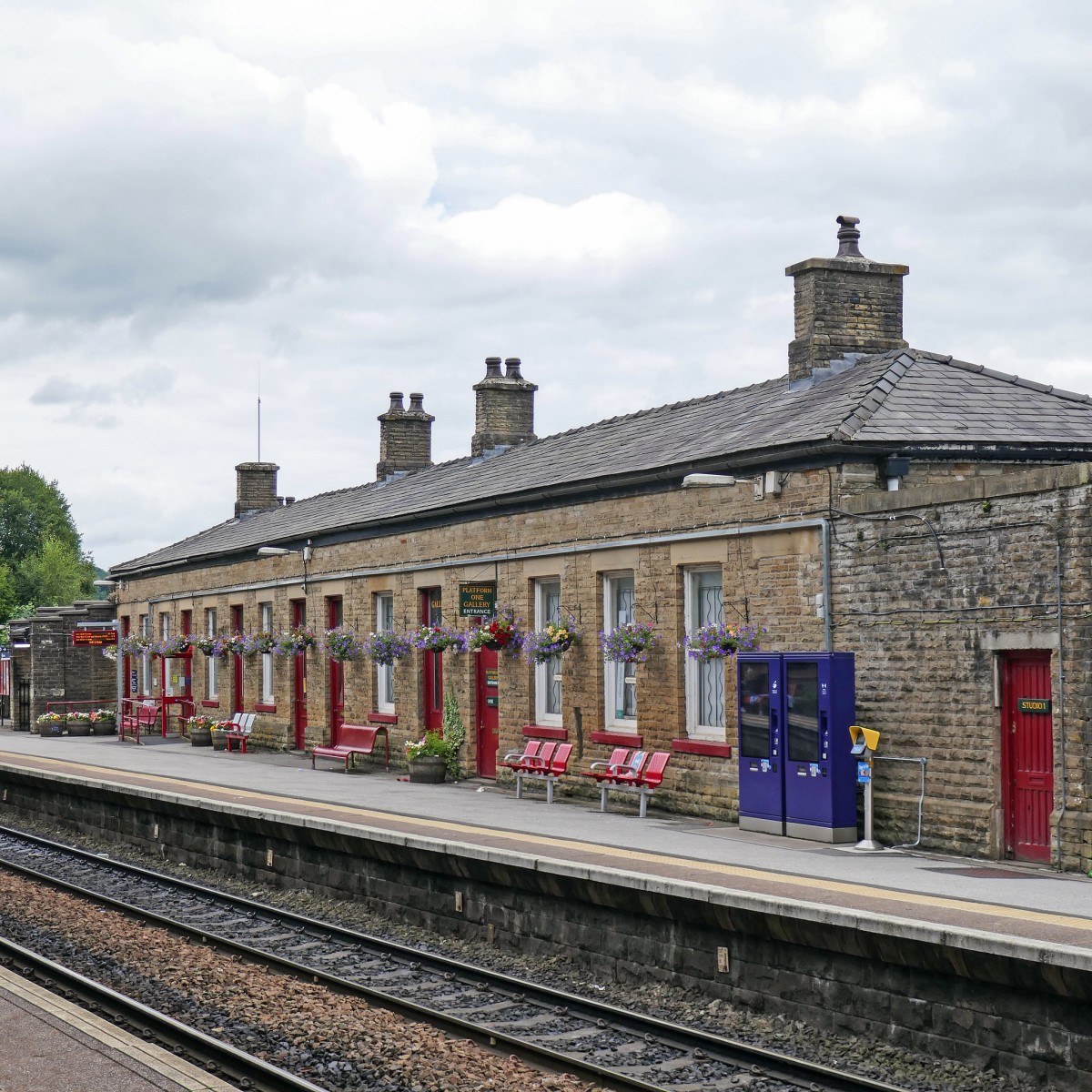 Four years ago, at the launch of the Electric Railway Charter at Calderdale Industrial Museum, I expressed my hope that not only would the Calder Valley line be electrified, but it would become a community rail partnership!

Well, after years of patient campaigning, liaison and behind the scenes work by local authority elected officers and officers, the Calder Valley Community Rail Partnership (CRP) has arrived!

The partnership is jointly supported by Calderdale and Rochdale councils. Route covers (for now) the stations in the two boroughs from Mills Hills to Halifax and Brighouse. Market towns, villages and district centres are included as is the planned station at Elland on the Halifax-Huddersfield and Sowerby Bridge-lower Calderdale routes. (Extensions to into Bradford, Leeds and Manchester might be a future possibility.)

Karen Hornby has recently been appointed rail officer for the partnership. She brings with her over 30 years’ experience of working for Network Rail in the north west. Karen has already started meeting volunteers and station adopters along the route, building working relationships.

The DfT’s community rail strategy aims to provide a voice for the community, promote sustainable and healthy travel, bring communities together and support social and economic development. There are more than 80 community rail partnerships around the country, supported by the Community Rail Network. Railway lines with such a partnership have seen growth in passenger numbers, improvements at stations and socio-economic development.

There is great potential for the Calder Valley Line partnership to encourage green tourism with the possibility of walking guides, especially using the adjacent Rochdale Canal and Calder & Hebble Navigation.

Many community rail partnerships have line-based artwork and link up to work with young people and disadvantaged groups. In many cases a clear “line identity” has been created with slogans (such as “The Poacher Line”) and printed timetables have been sponsored by the rail partnerships to encourage tourism and greater off-peak travel.

Our friends and colleagues at Community Rail Lancashire are supporting the new partnership and we can learn from their many successful initiatives. HADRAG is represented on the partnership’s Stakeholders’ Group and looks forward to supporting the various projects that are planned. There are huge opportunities to both build on current good practice along the route and start on new initiatives to involve local groups and communities. The Calder Valley Community Rail Partnership’s Prospectus is available to download at Calder Valley Line Partnership Prospectus (rochdale.gov.uk).

From Brighouse to Mills Hill, station adoption groups are already doing fantastic work. They all have their own themes, creating diversity along the line. The CRP will take a more regional perspective linking across the Pennines and developing whole-line themes interacting with a wider community. That is not a threat to the station groups’ valuable and continuing work. Long may they thrive! – JSW

The new community rail partnership now has the backing both Rochdale and Calderdale councils. Making an initial mark the CRP had a stall at an all-day event at Manchester Piccadilly station on Monday 18 October. An impressive prospectus has been produced. More in our next issue.