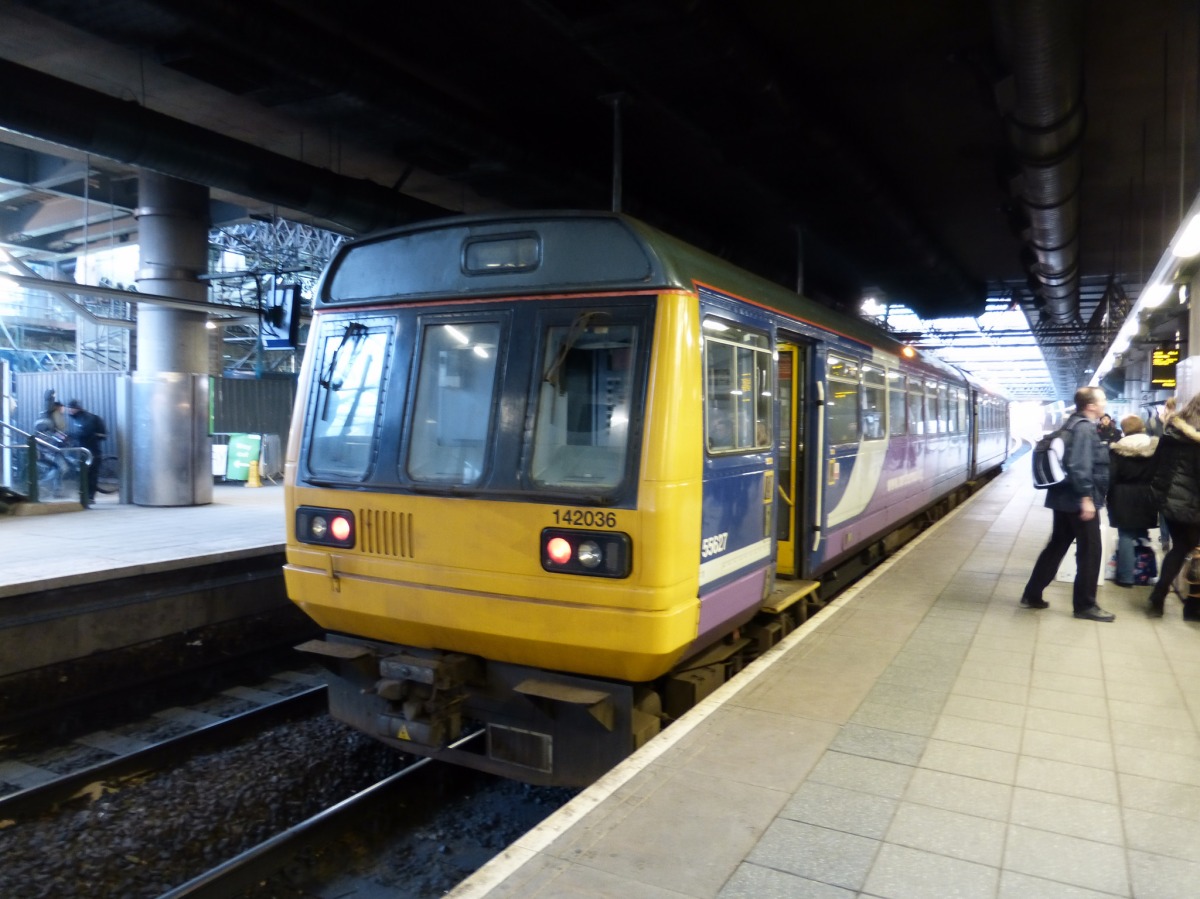 The modern canopy at Manchester Vic is no preparation for platforms where some commuters  complain of dirt and diesel fumes.  Of the canopy: “Looks great,” emailed one of our  commuters, “Although I can see that it isn’t getting cleaned. But Platforms 3 to 6 under the Arena are pretty grim.  It might help if they cleaned the lights but there is so much dirt and diesel fumes around the bridge that it’s unpleasant to cross over above the platforms and possibly a health hazard. I have seen several people hold scarves over their faces presumably to avoid breathing in the muck in the air. The other day one woman suggested that people should complain and demand air quality tests. To avoid the smog you can walk to the east end of the platforms where there’s an open-air, but slightly decrepit footbridge. The air feels more breathable there but it’s not a pretty route.  Did they run out of money when they refurbished? It feels like only half a job was done.”  Victoria’s dark and dieselly through platforms will be used more and more by CV line passengers when almost all of our trains go through to the Airport, Chester and Southport. Most trains at the now-electrified station are still diesel. Surely the air quality argument  strengthens the case for more electrification so we see dirty diesels phased out.