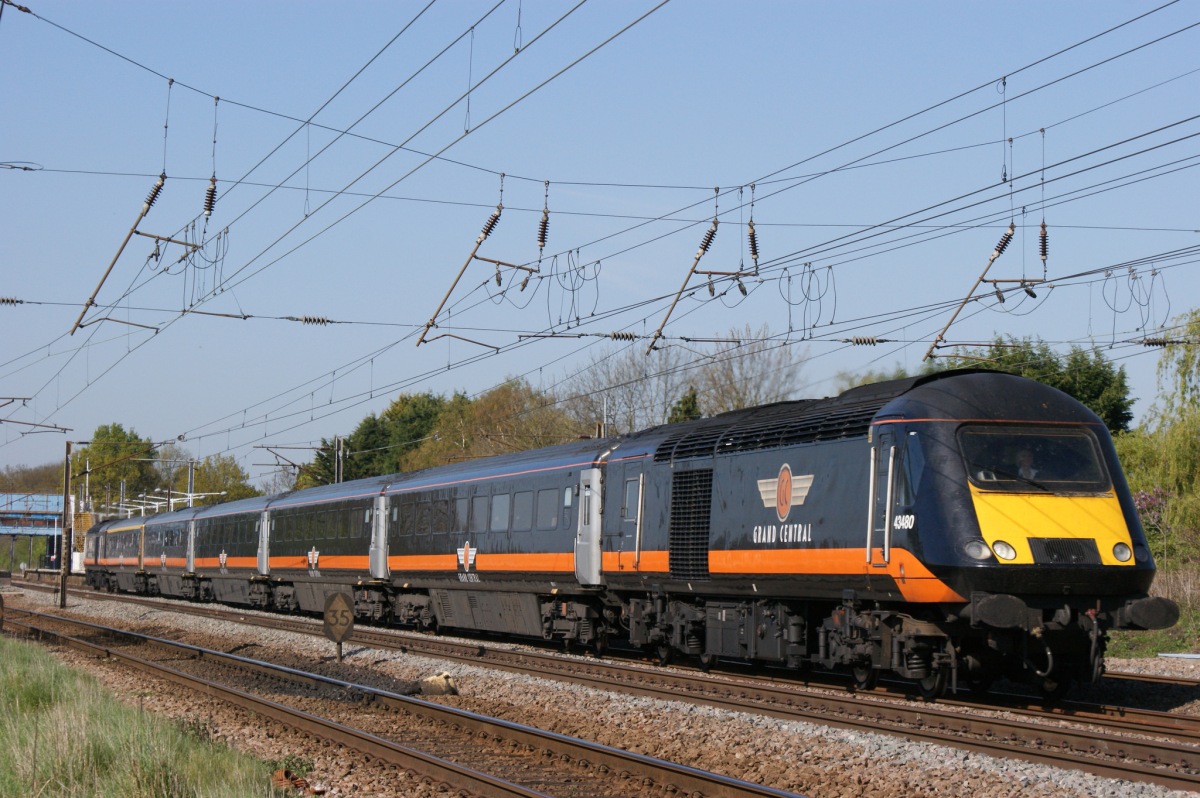 Congratulations to “our” intercity operator Grand Central on its tenth anniversary at the end of last year. As if to mark the occasion, GC has withdrawn its three InterCity 125 “high speed train” (HST) units, receiving four more of the “Class 180” trains familiar both to Halifax/Brighouse-London passengers and to those  who depend on the 0728 Halifax-Leeds. The extra 180s are from Great Western, another company taking HSTs out of service as new  “Intercity Express Project” trains arrive. The GC HSTs, which received new engines  in 2010, have gone to East Midlands Trains. What a pity they could not have moved sideways from Arriva-owned GC to sister company Northern to help relieve overcrowding whilst we desperately await new trains.